Recognition on the Veterans Memorial Wall...

Former residents of Cal Farley's Boys Ranch or Girlstown, including those who served at Cal Farley's Inc., and who are Veterans of the United States Armed Forces qualify to have a tile included on the Veterans Memorial Wall.

1. Click here for the... The Veterans Memorial Wall Form

2. Mail the completed form and supporting documentation, along with your contribution, to

Address any questions to...

Sponsor a Veteran
If you would like to purchase a tile for a Veteran who might not be able to, please notify the Executive Director and we will be certain all Veterans are honored. cfbraa@sarpserv.com

Donate to the Veterans Wall Project...

If you care to make a donation to the Veterans Wall Project, click the DONATE Button below and choose "Veterans Memorial Wall" 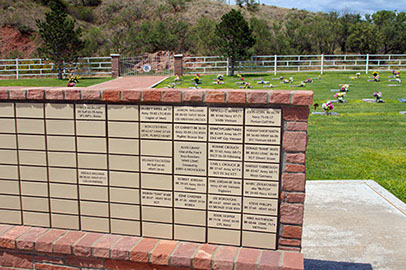 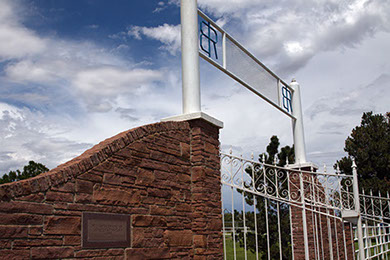 In this section takes a look at past events.

In this section we take a look at all the news and announcements about CFBRAA.

Helping Where We Can

In this section we introduce you to our services and what we can do for you.

Our history is rich in

Send Us a Message...

To Continue His Work.

History of the Memorial Wall...

June 23, 2012  - CFBRAA Board of Directors votes to work with Cal Farley's Inc. to errect a memorial to honor former residents of Boys Ranch and Girlstown who lost their lives in military service to our country.

January 19, 2013 - Site for the Veterans Memorial is agreed upon by BR and the Alumni to be just west of the Farley's memorial.

June 22, 2013 - Veterans Memorial Policies are approved by the Board of Directors including a Veterans Memorial Wall to recognize all former residents or staff of Cal Farley's who served in the US Armed Services.

February 8, 2014 - Board of Directors approves recommendation of the Memorial Committee to:  1 - Auction the Cal Farley and Alvis Grant tiles to anyone who would choose to sponsor those tiles in the Veteran's Memorial Wall;  2 - Use funds raised in the auction of the Farley and Grant tiles for crisis support of alumni; 3 - Use all funds raised in excess of the cost of the memorial to provide maintenance for the Veterans Memorial and the Boys Ranch Cemetery.

July 2014 - CFBRAA donates 2500.00 in raised funds to Cal Farley's Boys Ranch to pay for hiring a engineer to draft and Plan site.

Dec. 22, 2014 - The Veterans committee met with the Cal Farley's boys ranch engineer charged with building the monument and honor wall. It was decided that the monument and the wall will be located at the boys ranch cemetery centering on the main entryway into boot Hill. This option provides more room for honoring our heroes on the wall in the future,and provides for our cemetery to receive some much-needed upgrades. The dedication is moving ahead as scheduled and will be completed before the Nov 11, 2015 dedication.

September 2015 - The Reunion Golf Tournament was used as a dedicated fundraiser, with all proceeds going to help build the Veterans Memorial; a historic first.  We were able to raise just under $5,000 for the memorial, thanks largely to the many sponsors who contributed.

Veterans Recognized on the Memorial Wall...

"Carrying on His Work"